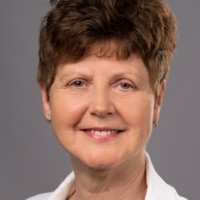 Ms. Sommerville started her career as a journalist, first as an editor at the Frankfurter Allgemeine Zeitung and later as a financial journalist at Dow Jones Newswires in Frankfurt.

In 2002, she moved into corporate communications, where she held various positions of increasing responsibility at multinational companies such as Deutsche Bank, Honeywell, General Electric, ABB, Roche and Schindler.

After graduating in English and Philosophy from University College Dublin, she trained as a newspaper journalist with the NCTJ in the UK. Ms. Sommerville holds also a Master of Science in Public Relations from the University of Stirling, UK.

Ms. Sommerville is originally from Dublin and has worked in Germany, Switzerland, and the Middle East. Besides English she is yet fluent in German and works as a senior communicator for a pharmaceutical company in Switzerland.