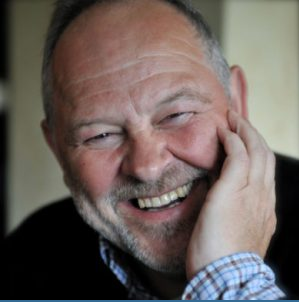 Chair for Technology and Innovation Management, Berlin University of Technology. Prof. Dr. rer. oec. habil., Dr. h.c. rer. oec. et soc. Hans Georg Gemünden is a full tenured Professor at the Berlin Univer¬sity of Technology. He has the Chair for Technology and Innovation Management. From 1988 to 2000 he was the Director of the Institute for Applied Management Science and Corporate Strategy of the University of Karlsruhe, and the Dean of his former Faculty of Economics and Busi¬ness Administration from 1990-1992. He received his “Diplomkaufmann” (equivalent to an MBA) and his Dr. rer. oec. at the University of Saarbrücken, and his habilitation degree at the Univer¬sity of Kiel. The 9th of May 2104 Hans Georg Gemünden was awarded an honorary doctorate (Dr. rerum oeconomicarum et socialum) from the University of Kiel. He was Vice Dean of the Faculty for Management and Economics of the University of Technology of Berlin from 2003-2007. From 2004-2007 he was responsible for the Industrial Engineering Program (Wirtschaftsingenieur) and introduced five new Bachelor and nine new Master programs. The Industrial Engineering Program is the largest teaching pro-gram at the TU Berlin, involving six of its seven Faculties. Since 2013 he is a director of the enlarged Academic Senate of TU Berlin.

Gemünden studied business administration and psychology at the Saarland University (Saarbrücken) from 1970–1973 . He worked there from 1973 to 1979 as a research assistant at the bank chair at Jürgen Hauschildt and did his doctorate in 1979 on the topic of transaction marketing . From 1979 to 1982 she worked as a research assistant at the Chair for Organization at the Christian-Albrechts-University in Kiel , also at Hauschildt. He habilitated in 1986 on the topic of information behavior and efficiency .

He has published in international journals, including in Creativity and Innovation Management , in the Journal for Controlling & Management , in Schmalenbach’s Journal for Business Research , in the Journal Leadership Organization and in the International Journal of Project Management . In the Handelsblatt business graduates ranking in 2009, the research output of 2100 economists in Germany, Austria analyzed and German-speaking Switzerland in terms of the quality of publications since 2005, it reached number 63.

Preparedness for the future in project portfolio management: The roles of proactiveness, riskiness and willingness to cannibalize