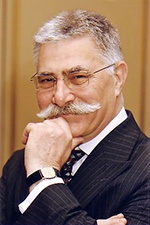 Nick Meijer, a native Dutchman, graduated from the Rotterdam School of Management of the Erasmus University. He holds an MSc degree in business administration with management consultancy and change management as a specialization.

Mr. Meijer is a very experienced and practical professional who devoted all his working life to export and import with a specific focus on international trade with developing countries and countries in transition.  He was for eight years the manager of a Dutch trading company in Ghana, a company which imported anything from Fokker airplanes to canned sardines.

Another four years he worked in Egypt where he represented the Dutch shareholders in three Dutch/Egyptian joint ventures. Mr. Meijer has worked for a variety of organizations such as multinational companies (i.e. Unilever-Emery) and for very dynamic smaller companies.

He is a guest lecturer at a number of Universities in Latin America, Africa and Eastern Europe.

Mr. Meijer has a special interest in developing new management models and innovative internationalization concepts as an alternative to traditional exporting.

Out of an abundance of caution all candidates’ interviews for the SBS academic programs will now be conducted virtually. Most importantly, SBS Swiss Business School is well prepared to implement, if needed, additional measures, in order to ensure that our students will continue with their coursework assignments and other academic activities without any disruption of their study programs. Yet this pandemic disease will not stop the SBS community to continue having SBS Learning Fun!