An ancient Indian proverb states that there are three great mysteries: water for fish, air for birds, and humanity for itself. To a large extent, the last of these mysteries has to do with the culture in which human beings are born and live as if it were our vital environment. Culture determines how we perceive reality, how we interact with the environment and how we should behave in any given situation.

Likewise, it informs us of a significant number of questions, from the world’s nature and the relationship with our fellow human beings to the most resonant systems of values ​​and beliefs. Consequently, each generation is convinced that their way of thinking, understanding reality, and seeing the world is natural. As we share the cultural phenomenon with the vast majority of our contemporaries, its precepts are considered irrefutable truths. The dominant perspective is accepted, often unconsciously or thoughtlessly, not only as the only correct one but as the only possible one. But culture is not an immutable physical medium, like air or water, nor is it immune to human action. Besides, culture is one of the most challenging topics to define, even for sociocultural anthropologists. It has an impact on everything we do, as individuals and as business managers.

As our world moves towards an integrated and interdependent global economic system, culture is becoming one of the most neglected economics and business theory concepts, only addressed from specific social sciences. Globalization is thus a multifold process that affects the economy and society and is influenced by local cultures while transforming culture as a whole. Some voices are raising against some of the most damaging consequences of such ongoing transformation. On the one hand, globalization has brought much growth and prosperity to many areas of the world, accelerating technological developments and overall progress. While inequality is on the rise, there is a growing political polarization between winners and losers, while offshoring and automatization are destroying jobs by the thousands.

Successful business managers can no longer afford to lead corporations with a single-nation mindset or without a profound understanding of such a global economic model that shows a few exhaustion signs. We thus need a change of perspective that copes with this new reality where cultures play a role of utmost relevance on the way business is carried in the global economy.

Using a multidisciplinary approach that digs into management, economic and symbolic anthropology, history, economy, and sociology, this course aims to broaden the understanding of financial and managerial approaches to culture. It will provide a practical overview of how cultures and cultural differences impact the market and the workplace and how successful international corporations manage these. By the end of the course, students will develop cross-cultural competency and sensibility in the crucial areas of communication, multicultural team management, and international negotiation. 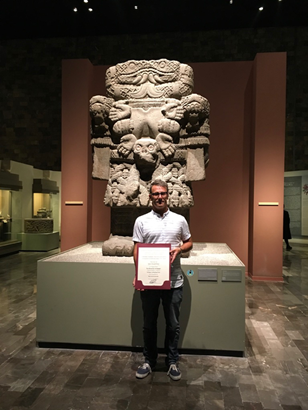 After graduating from ESADE with his BBA and MBA degrees, Ignacio developed his professional career in the marketing departments of some of the most renowned FMCG multinationals. Thus, becoming a successful top manager in the areas of Strategy, Sales & Marketing, Innovation, Product Design, and Business Development. Founded several startups. Since 2008, he also works as a freelance consultant in Strategic Management projects and as a collaborator of Buenaidea in many Innovation projects (SEAT-VW Group, among others).

Apply For This Course