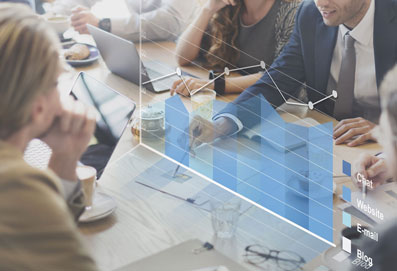 Wyckoff, Gann, Buffett, and Keith Gill. Who? Keith Gill or also known as  “Deep F-ing Value”. This is the former insurance man who made Wallstreet panic last week. He did an outstanding fundamental analysis of the GameStop stock, and found out that the company is not on the edge of bankruptcy. Many of the leading hedge funds went short on the stock and thought the company would soon collapse. Hedge funds took a short squeeze position! When we sell a stock short, we are borrowing shares, selling them, and creating a liability. We have to buy back the shares we sold at some point to return them to the lender!

What Mr. Gill did is a game changer for the finance industry, but also indicating the new form of globalization, as I have indicated in my classes. Let us first reflect on the game changer. Unfortunately, a lot of people are laid off around the world and have a lot of time to reflect and sit behind their computer screens. They have time to do research and make financial analysis of public companies. To be honest, most of these stock analysis reports are outstanding and can give your ideas to buy or sell stocks. They make very detailed fundamental stock analysis, comparing ratios, evaluating their financial statements versus other companies in the same industry. Something, every accounting, and finance lecturer wants from the students!

Platforms like reddit.com, provide commission-free trading. A lot of young people, out of their job due to the pandemic outbreak, decided to join these platforms to compensate their monthly loss of salary.  The no-commission attracts them to have their first trading experiences. But remember, the 90-90-90 rules. 90% of retail traders lose 90 % of their invested capital during the first 90 days of trading.  So, if you want to jump on the bandwagon, start with a small amount of money, and learn the rules of the game. If you really want to have a voice here, it takes two years of trial and error and learning, but it is fun!

The new form of globalization is also present in the Gamestop story. In this globalization phase, there are social groups which organize themselves to ask for changes in the world of operations system. In France, we had the”Gilets jaunes” (yellow vests) and the “wallstreetbets” people is a similar form. They are fighting the principle that you can shorten a stock for more than 139% of shares outstanding and betting that it collapses. Making or losing money is not the kick for them, fighting the unfair system where rich are getting richer, is their main motivation.  Interesting to note is that this group does not consistent only of young American investors, but have attracted people from all over the word, from Hong Kong to Australia, from Switzerland to Argentina.

These newly formed and organized groups will drive governments and lawmakers to review their vision of globalization. Globalization, as a phenomenon will not disappear.  No matter what happens, China and the USA need each other, they are like twins, no matter how many more disputes they will have. But the pace of globalization will slow down since the average citizen found a way to organize him/herself with the help of internet. Internet is a source of free speech, everybody can contribute but nobody is in charge!

And in case you missed the Gamestop story, no worries, I am sure the entertainment industry will make lots of movies out of this story, with special thanks to Deep F-ing value and friends! And what is the best protection to avoid a short squeeze of shares: buy companies which pay out dividends, since they always go to the owner of the shares and never to the lender.

Keep on having SBS learning FUN!