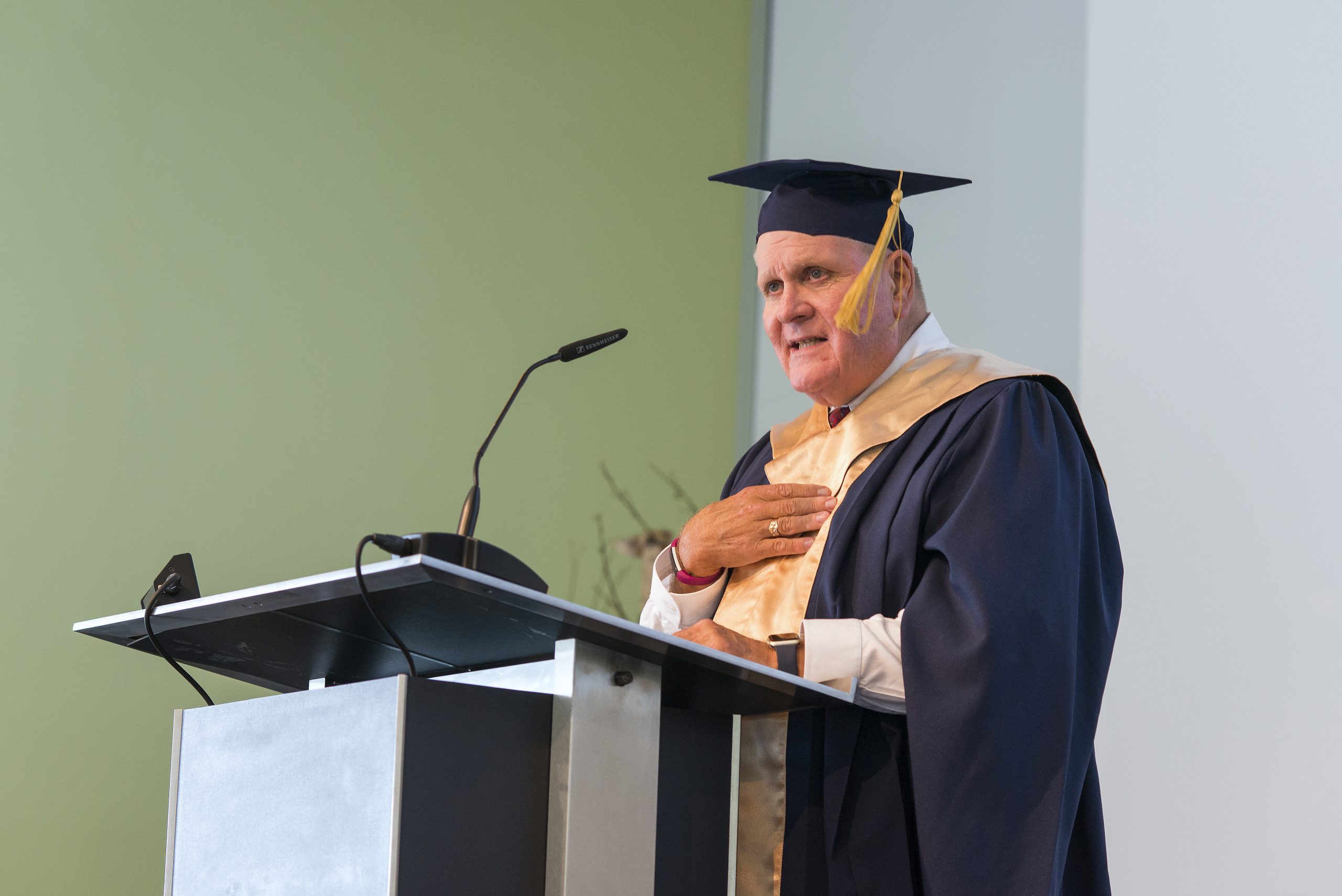 SBS Honorary President, Dr. Craig Shoemaker will step down from the presidency by 30 September 2020.

Dr. Shoemaker, a scholar and professor of marketing, has been our honorary president since October 2013. During his presidency, SBS obtained accreditation from the British Accreditation Council (BAC) and continued its international expansion. Dr. Shoemaker also reinforced the strategic and academic governance at SBS.

A new Honorary President will be appointed by October 2020. We thank Dr. Shoemaker for his exemplary leadership, years of dedication and service to the SBS Community.