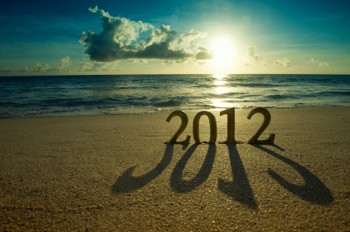 Cash is the King

Most economists predict a recession in 2012 in the Euro Zone, which will affect the other European countries. International companies have enough cash to survive the next six months, but as of July we will see an increased number of bankruptcies. Therefore, cost management and innovation should be on top of your agenda during the first months of the year. But, in reality, this should be always on your mind, not only during crisis times.

The Euro will continue to dominate the news in the coming months. That the Euro will survive, is certain, but how many countries will remain in the Eurozone is an open question. Over Christmas, Japan and China have decided to continue to do their international business in USD, and that is not good news for the decision makers in Brussels (EU) and Frankfurt (ECB).

Glocalization: Grandma’s Kitchen is BACK

In 2011, the bestselling book in Greece was how to eat and what to eat during the second world war. In times of uncertainty, people go back to grandma’s kitchen and want to eat healthy with low budgets. Cooking books on how to prepare easy food according to your mother’s or grandma’s recipes will be the success books of 2012.

Due to the recession, conflicts among generations will increase. Online electronic platforms will further increase in popularity, since the focus is changing from possessing towards enjoying. It is no longer considered a status symbol to have an expensive car. Young people prefer to use public transportation and in case they need a car, they use common car sharing possibilities. Since the credit crunch will remain for small and medium-sized enterprises, entrepreneurs will seek solutions like crowd financing and crowd sourcing. Also, people will ask themselves which risks they are willing to take and if they really need an insurance for these risks. Cloud computing will become a set tool.

In Russia, USA and France, the citizens will choose a new President.

The European Football Championship 2012 will take place in June in Ukraine and Poland. Also, we will have the Olympic Summer Games in London. Since most TV broadcasters are changing in April to HD and Digital TV broadcasting, the sales of new TV sets will boom this year. On the other hand, TV on demand will continue to expand. These days, many of us are not watching TV at the same time it is broadcasted, therefore digital recording, TV on-demand , TV via Smartphones will be a tremendous success. And as expressed before, enjoyment is the trend, so these sports events will be a hit, because people are seeking for that part of daily life where they can catch a joyful moment!

According to NASA, solar activity waxes and wanes in 11 year cycles. This year, we start a new solar cycle and that is important in our increasingly space-based technological society. According to the NASA specialists, solar storms will affect satellites and consequently GPS navigation and weather forecast systems. Also, international flights will be disturbed due to the solar storms. So, be prepared to hear that due to technical problems your flight will be cancelled!

In conclusion, remain open and honest in 2012. Try out new things. The uncertain economic times provide plenty of opportunities. In 2012, Main Street will win over Wall Street! So, citizens, the world is waiting for your voice!

I wish you all a wonderful year and by the end of 2012 we will see how wrong or right I was!